On February 14, EPRINC gave a presentation entitled “How the Game Has Changed – Infrastructure and the North American Petroleum Renaissance” to the Columbia University Center on Global Energy Policy. WSJ Opinion: The Lessons of the Shale Gas Revolution

In response to a 2009 request from Secretary of Energy Steven Chu, the National Petroleum Council (NPC) reported earlier this month that oil production in North America could double by 2035—to 20 million barrels per day. 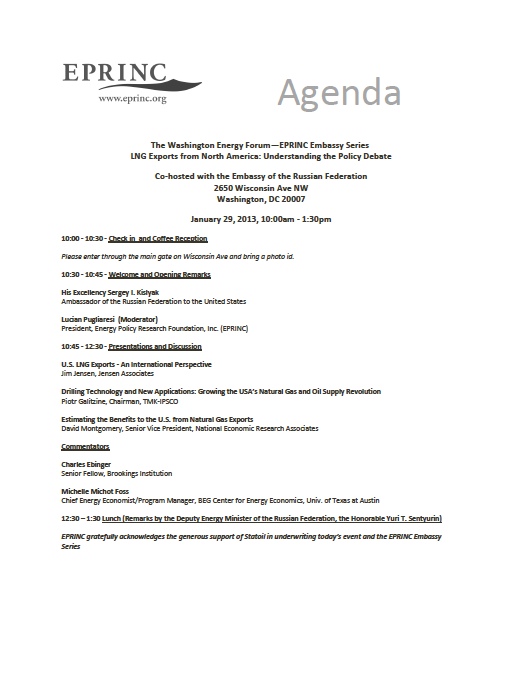 On July 9, 2012 EPRINC held its inaugural Washington Energy Forum – EPRINC Embassy Series event at the Canadian Embassy in Washington, DC. The event featured several presentations addressing refinery closures in the Northeastern United States (PADD 1) and strategies for improving crude oil transportation infrastructure as well as remarks by new EIA Administrator Adam Siemenski. EPRINC would like to thank the Canadian Embassy and Statoil for their generous support and assistance in launching this inaugural event. 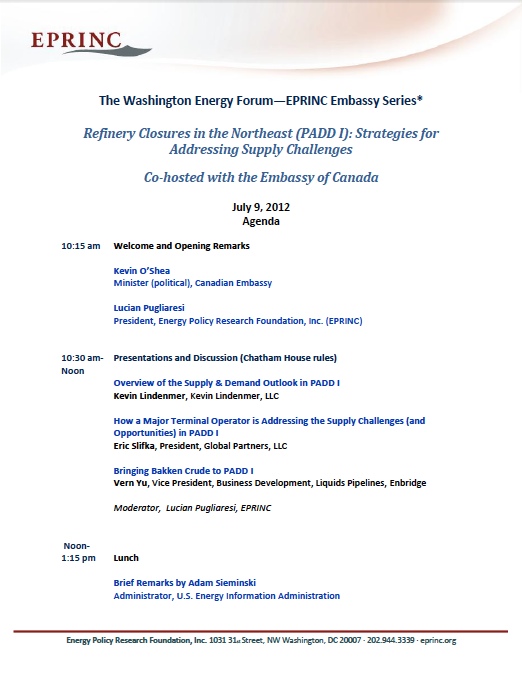 EPRINC has created this page as a composite repository for its analysis of the BP Macondo spill. EPRINC will post its own analyses of the spill as well relevant primary and secondary documentation of interest. 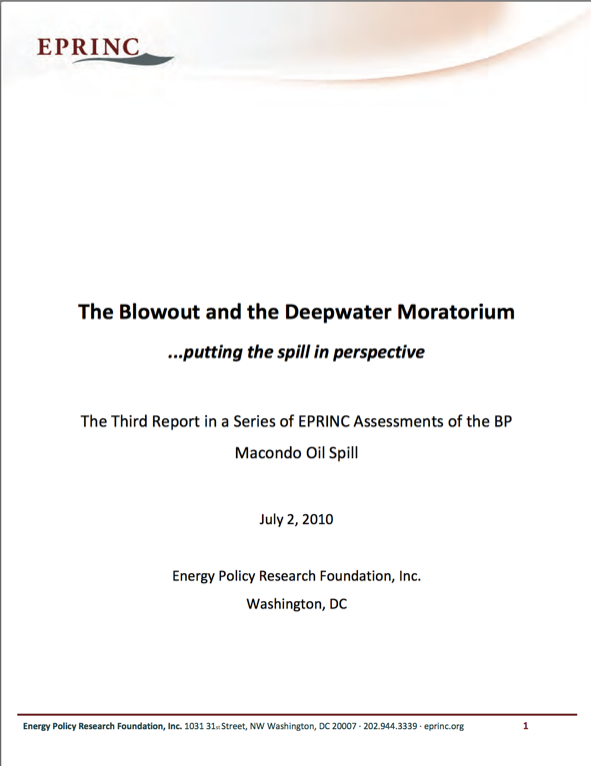