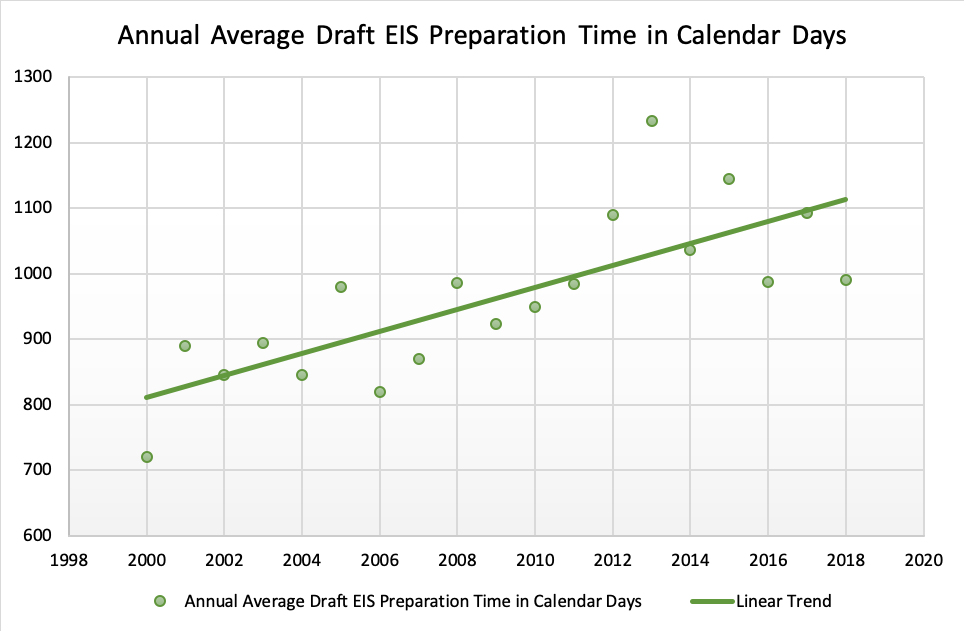 On January 10, 2020, the Trump Administration proposed a series of regulatory reforms to streamline compliance with the National Environmental Policy Act (NEPA).  For the uninitiated, the  purpose of NEPA is to ensure that environmental factors are weighted equally when compared to other factors in the decision making process for so-called major actions undertaken by federal agencies.

From the concerns raised by critics in the environmental community, one might conclude that this is a rushed and nefarious initiative  to “gut” environmental reviews. In contrast, critics of the NEPA process point to a  vast number of  projects from the construction of new roads to approval of pipelines that remain tied up in judicial reviews which often have little to do with the merits of the projects.

If you need a reminder that concerns over the NEPA process has been with us for some time, we refer you to “EIS’s vs. the Real World,”  published in the Public Interest by Professor Gene Bardach and EPRINC’s Lucian Pugliaresi back in 1977.  EIS writers at the time, the authors   point out that  the Bureau of Land Management’s agreement to prepare 212 EIS’s in connection with capital investments in rangelands cost in excess of $100 million (ten times the annual budget for the investments themselves during an average year in the early 1970’s). You can find their article here.