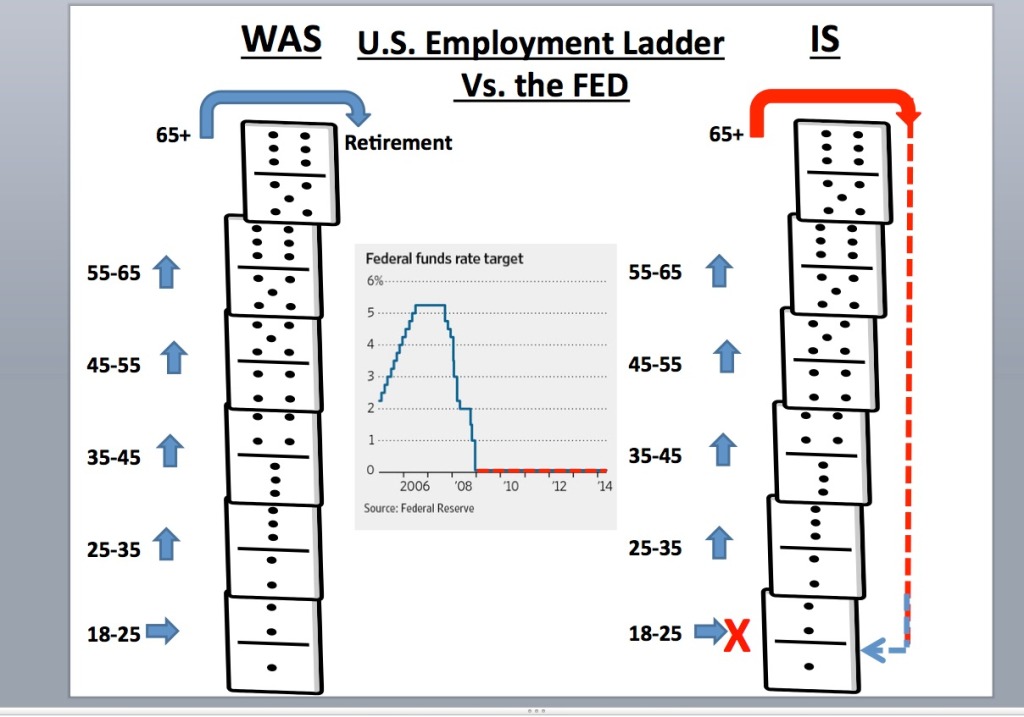 Picture if you can a patient in a hospital who had been very ill but now is getting better. The hospital is reluctant to fully release the patient but knows they have to do something. Remember, the patient with the initial help of the hospital is well on his way to recovery.

The hospital is insisting the patient remain indefinitely in a wheelchair while the family of the patient insists that all that is needed is a cane. Both the family and the hospital recognize that there will be some pain during the recovery, i.e. transition period.

By keeping the patient in the wheelchair for an indefinite period the hospital (unintentionally) is making the patient overly dependent on outside help, and not letting muscle memory to function. The cane might be uncomfortable for a period but would allow the patient to build back confidence, muscle and eventually allow him to stand once again on his own two feet.

Now, substitute the words FEDERAL RESERVE for HOSPITAL and the U.S. ECONOMY for the PATIENT.

Winners and Losers of QE