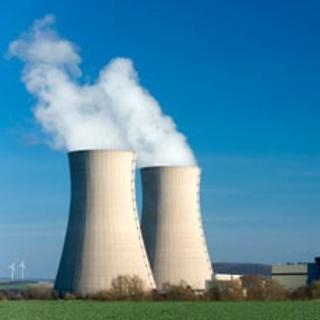 What It Would Take to Replace Lost Nuclear Power Generation

Nuclear Plants with Licenses Expiring Through 2016

On March 11, 2011 Japan was struck by a massive earthquake and subsequent tsunami that destroyed large portions of the Northeastern Japanese coastline.  The earthquake reached a Richter scale magnitude of 9.0, placing it among the world’s largest earthquakes since 1900. The entire island of Honshu was moved about 8 feet eastward, according to the U.S. Geological Survey. The tsunami that followed was amplified by the saw tooth nature of the coastline and completely destroyed many villages, towns, and cities. The death toll is likely to reach 20,000 or more.  Immediately after the earthquake 4.9 million electricity customers lost power, but by March 18, 2011 power was restored to nearly all except 270,000 users in Northeastern Japan.   Operations to bring Fukushima’s reactors under control and to contain radiation leakage are ongoing.

The crisis at the Fukushima nuclear power facility has sparked calls for a reassessment of the future of nuclear power in the United States.  New York Governor Andrew Cuomo has called for the state’s Indian Point nuclear power plant to be shut down.  Germany has announced an accelerated closure schedule for its older nuclear reactors. The U.S. Nuclear Regulatory Commission (NRC) is undertaking widespread reviews of U.S. nuclear power stations. The U.S. has 5,556 MW (megawatts) of nuclear capacity with operating licenses expiring during the next five years.  Given this timeline for expiration and the calls for the review or closure of plants, EPRINC has produced the following data to show what it would take to replace the power generation capacity of all nuclear plants with licenses expiring in the next 5 years.

Table 1 shows a list of plants whose licenses expire now through 2016.

Table 1 uses nameplate capacity.  In this report it will be assumed that nuclear plants run at a long-term capacity factor of 85% (although many plants run well above 90% annually), therefore requiring replacement of 41,364,720 MWh (megawatt hours) of annual generation.  This is equivalent to 4,722 MW of capacity running at 100% utilization for one year.  The following table shows the scale in terms of land area required to replace approximately 41,000,000 MWh of nuclear generation using either wind, solar or natural gas generation.  Some of this generating capacity can be replaced by increasing the operating levels of existing coal and gas fired facilities now operating below capacity.  However,  if all the shut in nuclear facilities in the table above were replaced by capacity additions of wind, solar, and natural gas , substantial new land and capital expenditures  would be required.

Table 2. Scale of Land Use Required to Replace 5500 MW of Lost Nuclear Capacity

A 2004 National Renewable Energy Laboratory report puts capacity factors, the ratio of actual energy output to nameplate capacity, for wind at 20% and for solar thermal and solar photovoltaic concentrators at 25%.  Assuming some advancement in technology and operating efficiencies for these two energy sources, EPRINC has used capacity factors of 30% of nameplate capacity for wind and 35% for solar thermal and concentrated solar.

Wind and solar are intermittent energy sources and cannot replace baseload nuclear power on a one to one megawatt basis.  A 1.5 MW wind turbine, for example, might generate power at an average rate of 0.45 MW over time, but that rate can vary widely during the course of just one day or even one hour. Until electricity storage technology is improved wind and solar cannot serve as baseload power supplies because output is less reliable than traditional generating capacity, such as coal, nuclear, and natural gas.  As a result, the estimates made in Table 2 do not fully account for the entire volume of new baseload generating capacity necessary to backup intermittent supplies.

If the seven plants in Table 1 do not have their licenses renewed, replacing them with wind and solar generation would represent an unprecedented physical and economic undertaking.   Even if only half the lost nuclear capacity were replaced with wind and solar, the nation could require the use of hundreds of square miles of land, plus additional baseload capacity in the form of coal or natural gas to offset intermittency.  Although the nuclear plants coming up for relicensing represent only 1% of U.S. electricity output, replacing this small percentage of generating capacity with wind and solar is a formidable, expensive, and challenging task.

As policy makers begin to evaluate how to respond to the nuclear crisis at Fukushima, several cautionary lessons should not be ignored.   When gasoline prices spiked in 2008, Congress acted quickly to mandate larger volumes of ethanol into the American gasoline pool believing that the biofuel could easily and cheaply be incorporated into a rapidly rising demand base for gasoline. Yet the U.S. soon entered a period of flat gasoline demand, bringing about large economic costs associated with incorporating larger volumes of ethanol into the gasoline pool.  After the oil spill at the Macondo well in the Gulf of Mexico, the Obama administration imposed a ban on deepwater drilling, restricted permits for shallow water operations, and restricted drilling in Alaska – all under the belief that it would add to the safety of operations in the Gulf of Mexico.  However, 50 years of drilling wells in the Gulf of Mexico did not support the conclusion that offshore drilling was inherently unsafe or reckless.

Legislative and policy initiatives often respond to the crisis at hand rather than a more thoughtful and “data driven” decision making process which might yield substantially different strategies.  As policy makers and world leaders proceed to address the nuclear crisis in Japan, lessons from past responses to very different energy crises suggest the need to slow down and answer three questions before embarking on a major shift in policy: (i) what is the cost of the policy response (ii) will the policy response yield the expected results, and (iii) how well does the new policy response hold up under uncertainty.  Closing down all nuclear reactors coming up for relicensing in the next five years might sound like a good idea, but it is not costless.  The land requirements alone needed to offset the loss of nuclear capacity represent a major obstacle to an accelerated program to provide renewable substitutes.